Guess Why Anil Kapoor Once Fell at Sunita's Feet? 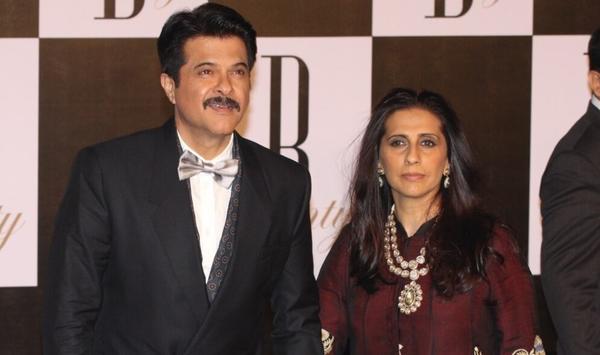 On May 19, 2019, Anil and Sunita completed 35 years of their blissful married life. On Anil Kapoor’s 35th wedding anniversary, Anil Kapoor publicized that he had almost fallen on Sunita Kapoor's feet for magazine shoots but she didn't agree.

In an interview with a leading media house, Anil Kapoor had chattered in length about his marriage with Sunita, choosing between love and career, and much more! On being asked what the story behind their marriage is, Anil was quoted as saying, “I fell in love with her voice first. I thought ‘oh God, what a beautiful voice yaar, kya English bolti hai, pronunciation is so well’. I met her for the first time at Raj Kapoor’s house. She was so attractive, and if I may say, sexy also… she wore these gogo glasses, which are big, round and rimmed. Then we started chatting on the phone, and our friendship grew. First, it was a very platonic friendship, which developed into love. I started missing her when she wasn’t around. I had to speak to her, I felt a vacuum. I would travel by buses to meet her.”

Anil further revealed interesting stories about his shy, but classy wife, there is one thing he has not been able to get her to do - and that is pose with him for a magazine. Describing her as media shy, he says that she just wants to lead a normal life. While he treasured her decision, he says that it sometimes went against him as he wanted to depict himself to be a happy family man, just like his contemporaries. He added he tried to convince her several times, including touch her feet to do a cover shoot with him, but in otiose. He just could get her to change her mind.

Well, the couple have three children - Sonam Kapoor, Harshavardhan and Rhea. From our end we wish the most dashing couple a happy 35th anniversary.

Sonam Kapoor is missing mom Sunita Kapoor on her Birthday, takes to her Instagram to wish her mother

I am extremely happy for Sanjay Kapoor: Anil Kapoor

When Anil Kapoor's wife Sunita Kapoor went on honeymoon without him

I made sure Anand was my friend: Anil Kapoor

Sonam Kapoor posts an emotional anniversary note for her parents, Anil and Sunita

Anil Kapoor Snapped In Juhu At A Private Diwali Bash

The Kapoor Family Celebrates Diwali Together