Guess Why is Aishwarya Rai Bachchan Angry with Amitabh Bachchan? 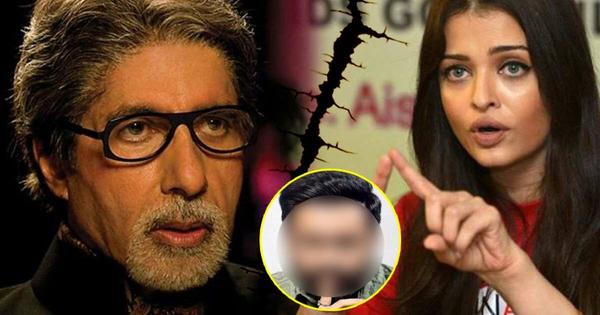 It seems like Aishwarya Rai Bachchan is not happy with Big B. Amitabh Bachchan is presently busy shooting for his next film Chehre with Emraan Hashmi, and rendering to reports his daughter in law Aishwarya is not too happy about it.

A few years ago during the rapid fire round of Karan Johar’s chat show Koffee With Karan, Emraan Hashmi had taken a gibe at Aishwarya. The actor, who shared the Koffee couch with Mahesh Bhatt, called Aishwarya plastic. This did not go down well with her.

Later on in an interview when Aishwarya was asked ‘what is the meanest comment you have ever heard’, she mentioned how she was called ‘fake and plastic’. According to the media reports, the actress is peeved with Amitabh Bachchan for saying yes to a movie with Emraan.

There were also gossips that Aishwarya had snubbed to do a film with Emraan. When the actor was asked about the same, he vindicated his comment from the chat show by saying, “It’s like going back into history… that (remark on Koffee with Karan) was two years ago.” He even said he would apologize to her if they ever met.

Well, it seems like a movie with Emraan Hashmi can cost family feud in Bachchan’s family.

Kareena Pairs Up With The Serial Kisser!

Amitabh Bachchan and Emraan Hashmi starrer finally gets its title; find out here