'Mental Hai Kya' to Clash With 'Super 30' - Audience Will Finally Pick the Winner! 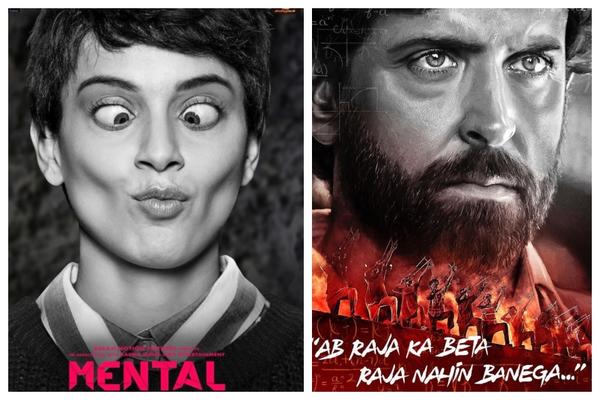 It is now confirmed that 'Mental Hai Kya' is releasing the same day as 'Super 30'. Kangana Ranaut's Mental Hai Kya will clash with Hrithik Roshan's Super 30 on July 26. Though, Ekta Kapoor, who is producing Mental Hai Kya, has said that it will be a decorous release.

Mental Hai Kya was previously supposed to release on June 21. But the makers have now decided to postpone the release date after taking "recommendations from the distributors, trade analysts and a top research team" and have called it a pure "business decision."

In an authorized statement, Balaji Telefilms, who is producing Mental Hai Kya, said, "We have thus been advised to shift the release of our movie to 26th July, purely for business prospects. On knowing that there is already a movie scheduled for a release on that date, we did everything in our purview to ensure the other parties that there will be no mud-slinging and it will be a dignified release. We stand by assuring that to all other parties."

The statement certainly evaded mentioning Super 30 directly, but it is no secret that the makers of Super 30 have already blocked July 26 for its release.

Well, we all know the fight and animosity that prevails between Kangana and Hrithik. Audience will finally pick the winner on July 26.

Parents' Role in the Mental Health Issues Amongst Children

Rajkummar Rao on prepping for Mental Hai Kya: Can't compromise when it comes to work