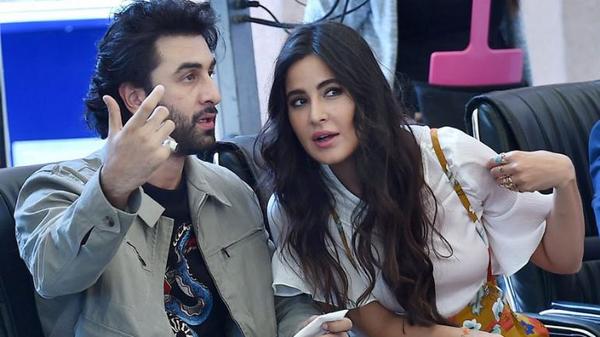 Social media is the best place to know the whereabouts of your colleagues and admirers. Well, the recent news that is heating the media channels is all about Ranbir Kapoor having a fake Insta account to stalk people from the movie business.

Ranbir’s ex-girlfriend Katrina Kaif dropped the beans on his Instagram tactics when it comes to stalking people on Instagram, also revealing that he was the one who had familiarized her to the social media giant and had helped her get a hang of it.

During an interview with Arbaaz Khan on his show Pinch, the ‘Zero’ actress was asked whether she has a secret account on Instagram that she uses to stalk people to which she replied: “No, no. I know Ranbir has. And Ranbir, by the way, was the person who showed me how Instagram works."

After dating for seven years, Ranbir and Katrina parted ways over 'unresolved differences' in 2016. Their break-up was one of the most-talked-about splits in recent times.

Everything You Wanted to Know About Diet Sabya!

The Real Story Behind Emirates Bling 777

Ayushmann Khurrana's latest post with wifey Tahira Kashyap is all about love!

Hardik Pandya trolled for being Krystal D'souza's brother; here's what happened next

Anurag Kashyap: World turned around by the time i came out of hospital

Shocking! Sidharth Malhotra Blacks Out On Twitter, Says, 'I Am Done'

Convey a look: Why Ranbir miles away from social media