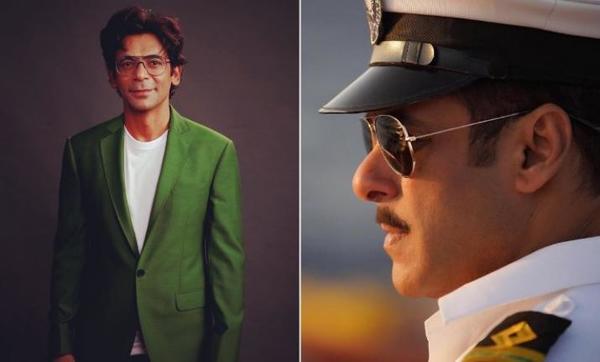 It is none other than Mr. Salman Khan who can’t stop praising Sunil Grover for his acting skills. Salman Khan is all ready for the release of his movie Bharat on June 5, alongside Katrina Kaif and Sunil Grover.

Directed by Ali Abbas Zafar, Bharat will vitrine five different looks of Salman Khan. Last Friday morning right when Salman Khan and the other cast of Bharat went live on Twitter. They acknowledged their fans and answered their questions.

One of Salman Khan's fans asked him about his experience on working with Sunil Grover, the Guthi fame from the show Comedy Nights with Kapil. To which Salman Khan retorted saying, "He’s one of the most talented people that I’ve ever come across till date. There are lots of actors in the movie, who, in some scenes have done much better than me (laughs) so I used to joke about it…when I saw someone performing really well… I used to look and Sunil and say “le gaya scene”.

Salman Khan goes on saying, “He’s one of the most talented actors I’ve seen so far. When he’s acting – he’s completely into the character. If you see him as Guthi or Dr. Gulati or when he’s imitating Mr. Bachchan or Dharmendra Ji, he’s not hitting below the belt in his comedy. He is actually a fan of them and he plays their character to the T.”

Bharat movie is set to release on June 5, Eid. It is the official adaption of the South Korean movie, 'Ode To My Father'.

Why are Fans Threatening to Boycott Salman's Bharat?

Post Salman Khan’s Bharat, Sunil Grover opens up on getting female attention: I’m not used to such compliments

‘Bharat’: Salman Khan opens up about his ‘challenging’ role in the film

Salman Khan released the teaser of bharat on Independence Day

Salman Khan kickstarts the second schedule of Bharat in Malta!

Aasif Sheikh reunites with Salman Khan after 12 years for Bharat