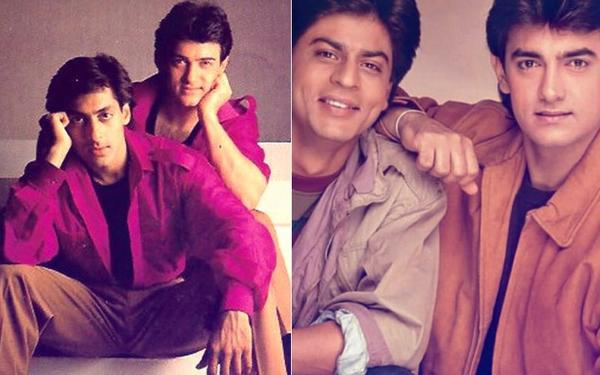 Well, it seems like the three Khans – Salman, Aamir, and Shah Rukh Khan are planning for something big together. As per the latest update, we hear that all the three Khans – Salman Khan, Shah Rukh Khan and Aamir Khan met secretly at SRK’s place called Mannat. They all met on 25th of this month and had a long chat. The reports suggest that the trio met in the evening and disseminated until 8 PM.

Nothing much is known about their meetings and it seems to be under wrap and fans are excited to know what’s really been cooking amid the three Khans. Both Aamir Khan and Shah Rukh Khan had a hard time in 2018 as their films failed to do well at the box office. Similarly, Salam Khan’s film Race 3 was also not that impressive at the box office. Well, their meeting did have raised prospects and no wonder they are planning to board upon with a film sharing screens with each other, well, let’s see only time would tell.

We all wish that the trinity of Khans should come together in a movie as main leads. What do you think?

Hrithik Roshan misses out in 2018

Sonam Kapoor has a wish to work with SRK

Salman Promotes BB On The Sets Of Indian Idol Junior