The Kapil Sharma Show - Why Some Episodes Work and Some Don't? 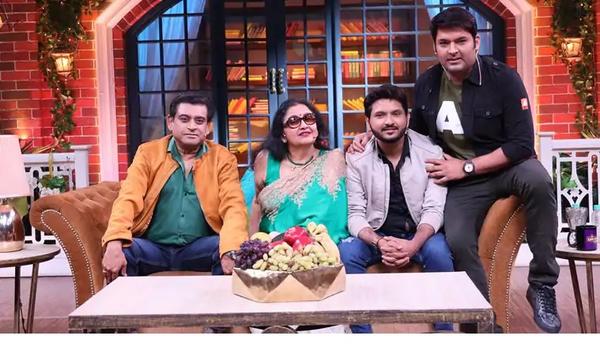 This season of The Kapil Sharma show has been a roller coaster ride for fans. There have been some extremely entertaining episodes and there have also been some episodes that dragged on - one boring minute after another. It is apparent that Salman Khan has invested a lot of money into the show, yet the show is not guaranteed to entertain. Why are some episodes crazy funny and others are crazy boring?

The Kapil Sharma show is riding on Kapil Sharma's name, but he is not really the person who deserves credit for this season's success. The success is completely dependent on the celebrity guests that arrive and entertain us with their stories. Case in point, the recent episode starring late singer Kishore Kumar's family. Amit Kumar cam across as the complete package entertainer - mimickry artist - story teller - comedian - singer! Kapil Sharma and his troupe needed to do nothing to make this show a success. It was a one man show! Similarly, the episode featuring Salim Khan, father of Salman Khan was also a one man sow. Even though the 3 Khan brothers had also featured in the episode but it was a one man show.

Compare this with the episodes where guests are not too forthcoming, Kapil and his team end up making fools of themselves. The jokes are repititive insults that fail to even bring a smile to our lips. We find ourselves reaching for the remote 10 minutes into the episode!

So the makers of the show need to focus on inviting interesting guests to the show if they want the show to remain successful!