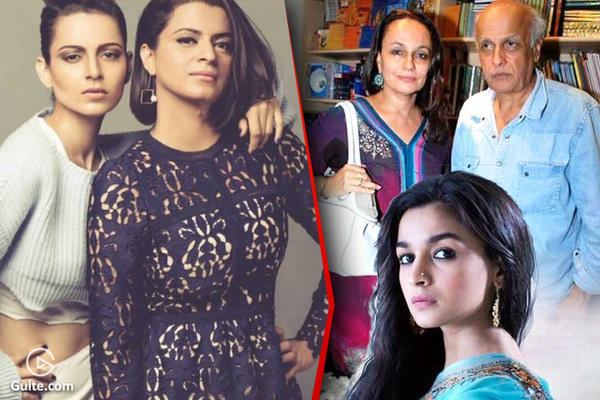 The fight between Alia and Kangana is out there for public scrutiny. Kangana Ranaut is in the news again over a hullabaloo and this time it involves Mahesh Bhatt throwing a shoe at her. Allegedly, it was heard that Mahesh threw a shoe at her in a very public place.

According to Kangana’s sister, Rangoli, Mahesh Bhatt was distressed as Kangana had said no to his offer for her to play a suicide bomber in a film called Dhokha. He therefore allegedly emitted his anger with a shoe.

However sources very close to Mahesh Bhatt say no such incident happened. The source said, “At least, not that Mahesh can remember. He is not one to fling things at people and that too at a film’s premiere. Kangana and her sister are making wild allegations at the entire industry.”

The Bhatt family seems a special area of target for the Ranaut sisters. They have already targeted Mahesh's wife Soni and daughter Alia.

Earlier on Tuesday, Chandel had smashed out at actor Randeep Hooda when he voiced his support for his Highway co-star Alia Bhatt.

Well, we only want the truth without any misconception or uncalled media attention. It is time that Kangana should not boast around about the past and her achievements to avert any unnecessary media scrutiny.

It's A Baby Girl For Lara and Mahesh!

Mahesh Bhatt refuses to be provoked

Mahesh Bhatt heartwarming message for Alia Bhatt in her birthday