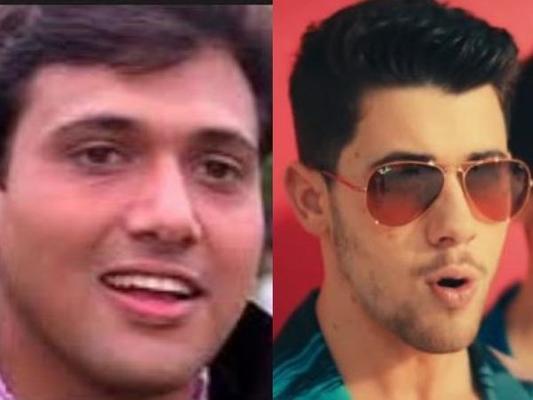 As Jonas Brothers enjoy the love and adulation of their fans for their newly released single number 'Cool', Priyanka decided to give it a desi spin!

Jonas Brothers have recently released a new single called 'Cool'. Unlike their previous single 'Suckers', the 'Cool' video does not star Priyanka or Sophie Turner. Yet our desi girl gave the song a desi connection by sharing her own mashup of the song.

Priyanka's mashup shows the video of 'Cool' with Nick Jonas dancing to the tunes of 'Meri Pant Bhi Sexy'. The really cool part is that this mashup has been done perfectly. Nick's moves really do seem to sync with the audio of Govinda's hit song from film 'Dulaara'. No doubt Priyanka is really good at this! Check out the video, you will absolutely love it!

Priyanka is Back to Work in India after Spending Vacation with Nick!

Priyanka Chopra shares a cosy picture with Nick Jonas as they celebrate 4th of July, "Thank You, America," Says The Desi Girl

Priyanka Chopra Jonas chills by the bay of Andaman and Nicobar

Even Jackie Chan is Impressed With Bhai!

PeeCee on Live With Kelly

So Which of The Chopra Sisters Won Last Weekend?
LATEST EVENTS / GALLERIES
Most Read
...loading