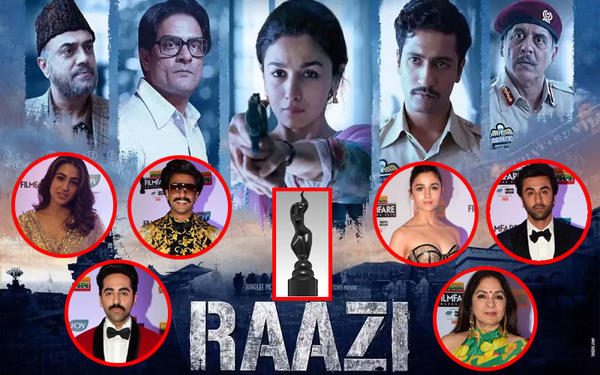 The best in Bollywood cinema was acknowledged for the year 2018. Here below we have the list of big winners from the Filmfare night.

People's Choice Award for Best Short Film: Plus Minus

The Filmfare was hosted by Shah Rukh Khan with several stars swapping places as his co-host.

'Raazi’ trailer: Alia gives yet another intense performance in this spy-romantic film

Bollywood Celebs With Their Awards At The Filmfare Awards 2013

A glimpse to our beloved Dadamoni…