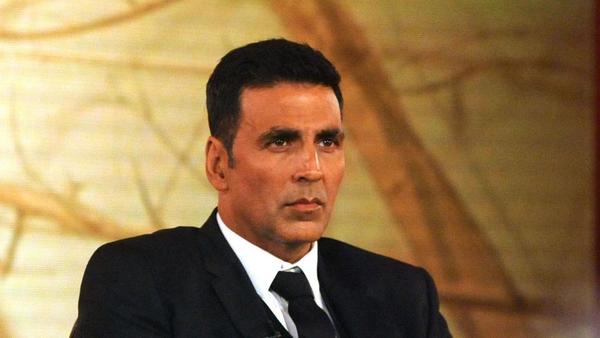 Akshay Kumar has continually been buckling out three to four movies a year. The superstar is one of the highest taxpayers of India and we are not surprised. He is presently busy for the release of Kesari and will also be seen in Good News, Mission Mangal and Housefull 4 this year. So, it's no secret that he is currently among the highest taxpayer actors in the film industry.

In a response to a report, which claimed Akshay's Kesari co-star Parineeti Chopra owed him money after she lost a poker game on the film set, the 30-year-old actress attached a photo of herself handing over a Rs 2,000 note to Akshay and wrote: "I was told by a newspaper that... so..."  on her social media.

However, the conversation didn't end there as actor Riteish Deshmukh pondered in, saying, "Now you guys know how Akshay Kumar becomes the highest taxpayer in the country. We the co-actors contribute heavily."

Well, we are not surprised by the income of Akshay Kumar and his tax paying duties.

Akshay will be seen in Kesari which revolves around the 1897 Battle of Saragarhi in which an army of 21 Sikhs fought against 10,000 Afghans. Directed by Anurag Singh and produced by Dharma Productions, it is scheduled for release on March 21.

Guess Which Film Will Have the Remake of Tip Tip Barsa Paani?

Akshay Kumar on Kesari: I hope it will be added in the school syllabus

Kesari Trailer: Akshay Kumar starrer showcases 'the story of the bravest battle ever fought' like never before

It's a wrap for 'Kesari': Parineeti Chopra shares her first look with Akshay Kumar

Akshay Kumar: Have another five years to do action