How is Anil Kapoor Getting Younger Day by Day? 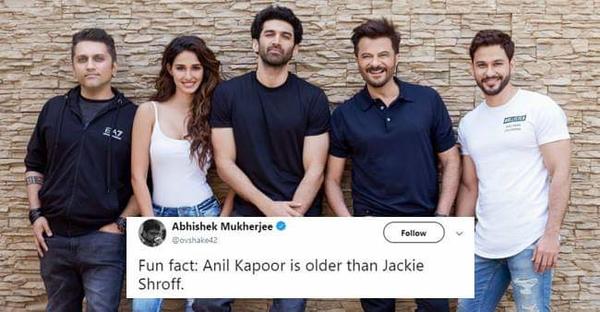 The talk of the town is all about Anil Kapoor and his perfect young look at the age of early 60s. When actor Anil Kapoor posted a picture of himself with his co-actors from his forthcoming film Malang, he wouldn’t have expected that Twitter users would go gaga over his ostensible ability to look young and all fresh for life.

The posted picture rapidly went viral because of Anil Kapoor. Many shared the picture and zoomed in on the Mr. India actor to question how Kapoor has children who are in their thirties. In the shared photo, Kapoor is seen posing alongside much younger actors Disha Patani, Aditya Roy Kapur and Kunal Kemmu, along with director Mohit Suri. Twitter users were quick to point out that Kapoor looked significantly younger than his age.

Some Twitter users asked Kapoor about the secret of his youth, others said that he was Benjamin Button.

Responding to all the Twitter acknowledgments and questions, Kapoor said that it was hard work and contentment that kept him looking young.

Well, we must say Anil Kapoor is looking his best in his present age.

Do You Know How Deepika Padukone is Related to Sonam Kapoor?

Anil Kapoor shares a post-workout picture on social media, asks his fans if he is 'Texting or flexing'; view post

Malang: Anil Kapoor talks about how different his character of a cop is in the thriller

Anil Kapoor on meeting PM Narendra Modi: His vision and his charisma are infectious

Rakeysh Omprakash Mehra teams up with Anil Kapoor for his next

On his son’s praise Anil Kapoor said, Harshvardhan is more hardworking than me

Anil Kapoor On The Sets Of Jhalak Dikhla Jaa Season 6