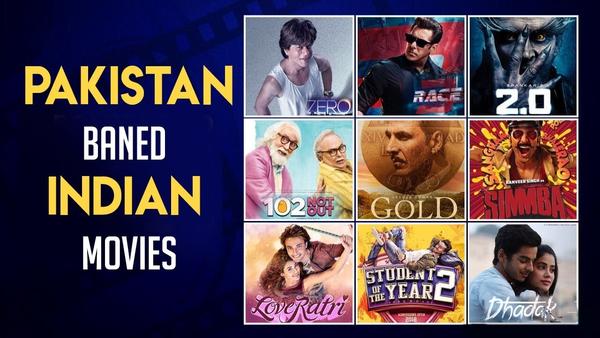 Pakistan's Film Exhibitors Association decided to boycott Indian content, Fawad Chaudhry, the country's information minister, said on Tuesday in the stir of air attacks by Indian forces near the border with Pakistan-administered Kashmir.

"No Indian movies will be released in Pakistan," he wrote on Twitter. Chaudhry said he had also inculcated PEMRA, Pakistan's Electronic Media Regulatory Authority, against airing Indian advertisements on Pakistani TV channels.

"In the light of the dominant situation, and in solidarity with the government, the film exhibitors' fraternity has volunteered to focus on local content till normalization of the current situation in the region," All Pakistan Exhibitors Association Chairman- Zoraiz Lashari said in a statement.

"We believe art and films are universal language that transcend borders and bring people closer. We hope we can all play a positive role in reducing tensions, and supporting policies that bring peace and prosperity to the people of the entire region”, Lashari added.

After the Pulwama attack, Indian film associations has also instructed filmmakers to avoid using any Pakistani talent in their movies and not to release their films in Pakistan.

Well, we can just wait to see what’s coming next after banning movies and art.

Pak Fans Win Twitter With Their Reactions to the Indo-Pak Match!

Will Fawad Khan Become the Reason for ADHM's Failure?

Anupam Kher is upset about not granted Visa to Pakistan

We Are In The Finals!!!
LATEST EVENTS / GALLERIES
Most Read
...loading