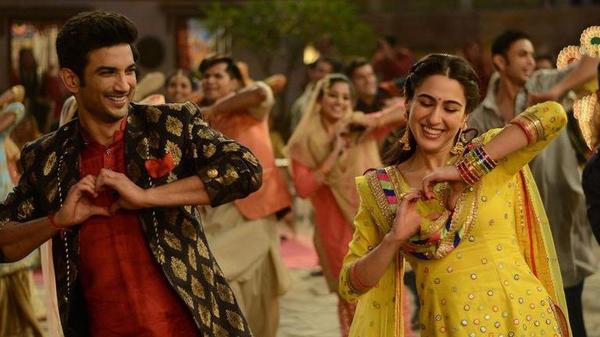 Sources say that the duo glued well on the sets of Kedarnath and have preferred to remain in touch even after the film. “It is still early to say if they are in love but they do like each other’s company. But the fact that both are single and eligible, one can’t rule out future possiblities. They don’t want to be clicked together because they want to avoid getting linked up,” says the source.

According to the a recent media report, Sara is speciously dating Sushant (her first co-star) and after what Kareena said on a chat show, the duo engaged a spot on the list of trends. Rumor also has it that in January, on Sushant's birthday, Sara cut short her Dehradun trip in order to attend his party.

Well, is it genuine love between Sara and Sushant or just a phase of time?

Sara Ali Khan first look from Kedarnath, and some more thing about film