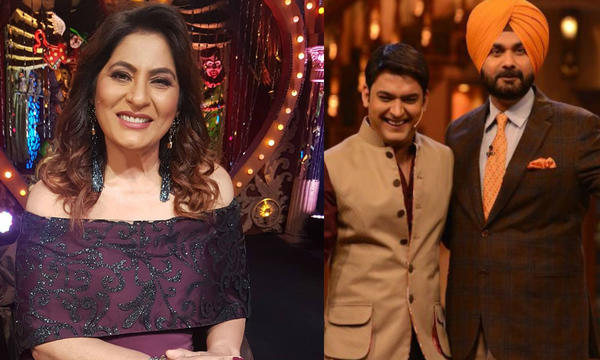 Kapil Sharma's show is back in the news after Navjot Singh Sidhu dropped a comment on Pulwama attack that created quite a stimulation on social media and made #BoycottKapilSharmaShow trend on Twitter. After the boycott news, the channel decided to throw Navjot out from the show and replace him with actress Archana Puran Singh.

Actress Archana Puran Singh has shot for two episodes of "The Kapil Sharma Show", but has repudiated that she did so as a "permanent" replacement for cricketer-turned-politician Navjot Singh Sidhu, who has been overthrown from the show after a controversial comment in the wake of the Pulwama terror attack.

Sony Entertainment Television put up a social media post on Sunday, welcoming Archana to the show, amidst a buzz that she has replaced Sidhu, who chuckles through the show. The post was publicized just a day after news arose that Sidhu won't be a part of the show anymore. Though Archana's entry into the show was done without clarity on whether she is indeed his replacement.

When media houses contacted Archana to get clarity over the replacement news, she said over the phone: "No, I haven't replaced him. I have not received any official information from Sony Entertainment Television or anyone to be a permanent part of the show.

"I shot two episodes for 'The Kapil Sharma Show' before the Pulwama attack. He (Navjot Singh Sidhu) was busy somewhere due to which the channel approached me for shooting two episodes, and I did it."

Well, it seems like the channel was foreseeing the circumstances and might keep Archana for a little longer as a replacement of Sidhu on the Kapil Sharma Show.