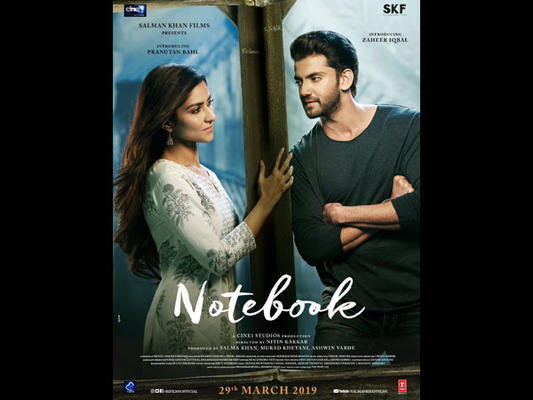 Salman Khan is launching newcomers Pranutan Bahl and Zaheer Iqbal in Notebook. While Pranutan is the granddaughter of noted yesteryear actor Nutan and daughter of actor Mohnish Bahl, Zaheer is the son of Salman’s friend.

Zaheer is the son of Salman’s childhood friend Iqbal and was an assistant director on his film Jai Ho. Salman has been personally supervising Zaheer’s training for the last few months. In fact, he’s even named him ‘Zahero’.

About Pranutan, Salman had said in an interview to a leading media that "Pranutan has a great legacy. I can assure you that she will make everyone proud."

We are looking forward to seeing the new debutants starting their career in Bollywood. The film 'Notebook' is a love story established in Kashmir and has been directed by Nitin R Kakkar.

Nutan's grand-daughter Pranutan Bahl opens up about her debut film