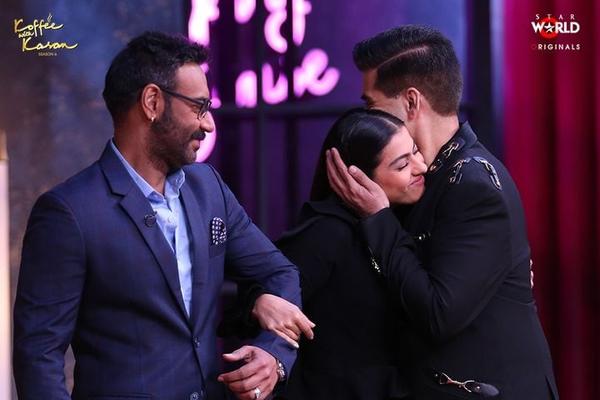 The rapid-fire round on KWK has provoked most honest retorts from the celebrity guests coming to the show. This season, host Karan Johar broadcasted that the guest coming up with the ‘Answer of the season’ would take home an Audi A5 Sport back car, apart from the regular rapid-fire coffee hamper.

According to a rmedia report, Ajay Devgan has been declared as the winner for one of the answers he gave during the rapid fire. The actor came with his wife Kajol on the show, and on being asked by host Karan on one superstition that Ajay was guilty of believing, Ajay said: “I had this superstition that all your films with ‘K’ work, till we did Kaal.”

As per a report in a popular media channel, it was this reply which led Ajay towards the fashionable vehicle. In fact, upon hearing the answer, Kajol had commented “Okay, he’s winning this Audi.” And her guess was correct as that’s exactly what happened.

The panels of judges to decide the ‘Answer of the season’ were Kirron Kher, Malaika Arora, Mallika Dua, and Vir Das. According to the report, Ajay was handed over the keys of the sports car on Thursday.

Katrina Kaif and Vicky Kaushal spotted together again; is the duo more than just friends?

Abhishek And Huma At The Launch Of Audi Autumn Collection 2014