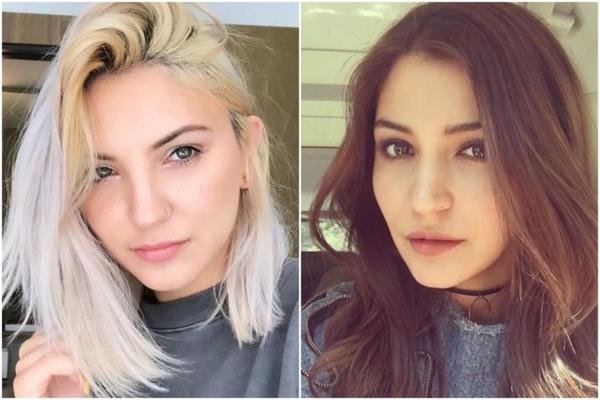 Do you know, Anushka Sharma has an American look alike? Numerous Indian Instagram users have barraged American singer Julia Michaels’ profile over the weekend. They have been sending and leaving comments, tagging her in pictures and frequently asking her the same single question: Does she know how much she looks like Bollywood actor Anushka Sharma?

A fan even tweeted to Julia about the similarity. The fan asked her if she had ever heard of the Bollywood star. Julia replied saying she is now aware of her, thanks to the comparisons. Julia, a Grammy-nominated artist, recently released a new single, Anxiety, with Selena Gomez.

Julia has been making Anushka's fan groups inquisitive about their screen idol's doppelgänger. People have been calling them twin sisters who got parted in a funfair during childhood in true movie style. Some even asked Anushka's cricketer husband Virat Kohli if she had altered her name after traveling to Australia and New Zealand. One of the fans commented, "Those @anushkasharma comments like bahubali baahubali baahubali bgm"

Anushka Sharma: I've tried to have a distinct voice in cinema

All about self-love: Anushka Sharma leaves fans amused as she posts cute comments on her own photos