All You Wanted to Know About 'Four More Shots Please' 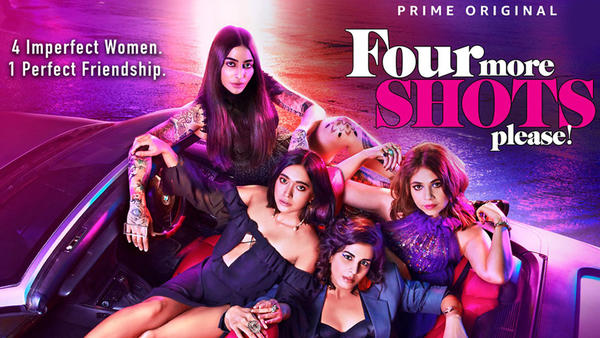 The series is based on 4 modern women who enjoy their existence and also share their grief and emotions. Created in collaboration with Rangita Pritish Nandy and produced by Pritish Nandy Communications, the show is directed by Anu Menon.

‘Four More Shots Please’ follows the lives of four “urban, flawed, modern Indian women and their perfect, life-affirming, friendship”. It's been made by a mainly female cast and crew.

In the first season, the 10-part comedy, drama and romance series is fastened in the constant friendship between the four women and spins around their relationships, work-life conflicts, ambitions and concerns as they deal with being women in the India of 2018.

The real takeaway from the show is its beautifully real, non-judgmental and fair portrayal of the analyses of the LGBT community in a still-majorly-homophobic country such as ours. The rest was just overvalued window stuffing.

You can watch the series on Amazon Prime Video.

5 Reasons You Must Watch "The Family Man" on Amazon Prime

Would You Like to See Vidya Balan in a Web Series?

Guess What Did PV Sindhu Give PM Modi for his Birthday?

Best Smartphones to Pick From at the Amazon Great Indian Sale.

Shooting on my birthday is very comforting, says Abhishek Bachchan

Rahul Dholakia: Have penned four scripts that i want to explore

Arshad Warsi in a fix over choosing 'Golmaal'

Rohit Shetty on Tabu's comeback in 'Golmaal Again': She is the backbone and the anchor of our film

Funny Look at Our Train Toilets