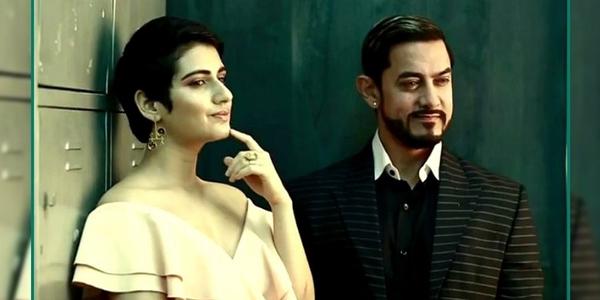 The heated news that is making rounds over the internet is about Fatima Sheikh dating Aamir Khan. The way Aamir Khan is linked-up with Bollywood actress Fatima Sana Shaikh raises many questions.

During Fatima’s Thugs Of Hindostan shooting days, many gossips about her link up with her co-star Aamir started creating buzz. It was so clear that the Fatima and Aamir are dating each other and are more than just movie on-screen couples.

Well, the rumor seems to be little over the top without any valid proof and confirmation. Fatima Sana Shaikh also opened up about the rumors of her dating Aamir Khan recently to Filmfare. “It disturbs me because I don’t want people to assume wrong things. Agar main asliyat mein haraami hoon toh people should see my asliyat (If I am a bad person in reality then people should see my reality). But If I’m not, I don’t want them to see me as a bad person. But I’ve learned to ignore it. Yet, there are some days when I do get affected,” said the actress in an interview.

She further said how wrong information affects her only because she doesn't want people to assume the wrong thing. Well, it is wrong to assume news that are based on rumors and no reality. It seems like Fatima Sheikh and Aamir Khan are good friends and are not seeing each other like lovers.

Fatima Sana Sheikh Thinks There Will Be No Superstars After the Khans!

Khans are on my wishlist: Fatima Sana Shaikh

Aamir Khan revealed, how can women get closer to him on KWK Show!