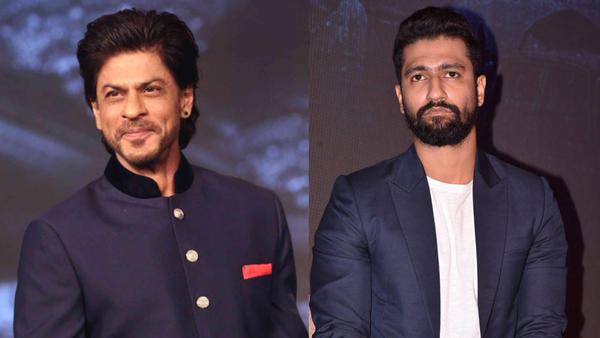 We all got the news that SRK opted out to be a part of Rakesh Sharma’s biopic. Well, according to reports, Vicky Kaushal is all set to substitute Shah Rukh Khan in the Rakesh Sharma biopic titled Saare Jahan Se Achha.

According to a report in a leading media channel, the makers of Rakesh Sharma biopic have loomed Vicky Kaushal to step into SRK's shoes. Though there's no official validation on the same, but according to reports, given Vicky’s series of hit films, the makers are sure that he will do full justice to the role of Rakesh Sharma.

A few days earlier, when the writer of Saare Jahaan Se Achcha, Anjum Rajabali, was asked about SRK walking out from the film, he slated the rumors and maintained that SRK is very much part of the film. A few months back, while promoting Zero, SRK had articulated his excitement of working in the biopic as he had said, “I thank Aamir, who was to do the film for calling me and telling me about the role as it would suit me.”

Speculation about the film’s lead continues to make the headlines. Well, if SRK is backing out, we will be happy to see Vicky playing Rakesh Sharma on screen.

It’s official: Aamir Khan will be seen as an astronaut in Rakesh Sharma's biopic

SRK revealed : Aryan or AbRam could star in my biopic

Maneesh Sharma: SRK is very 'enthusiastic' about his work

SRK has a wish to play ‘Guru Dutt’ in a biopic