Sara Khan Thinks Her Lip Job is Amazing, Do You Agree? 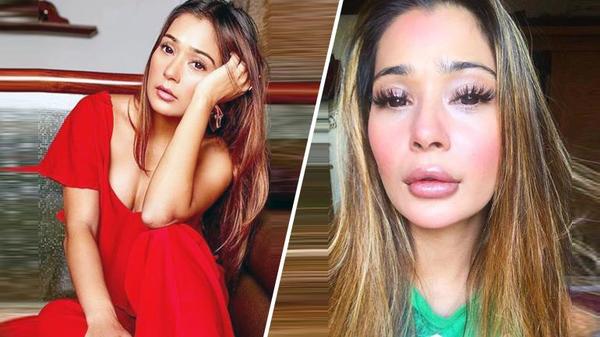 TV actor Sara Khan has been under scrutiny ever since she shared a new selfie, which seemingly showed her after a lip surgery. The actor had shared the snap to publicize a new music video featuring her but her supporters on social media could not look past the ‘lip job’.

She posted a close up picture of her face, where her lips look different than her usual self. Soon fans started to troll her and commenting about her lip job, however, Sara loves her new look.

She further added, "So, the people who are saying its lip surgery, are wrong. It's a lip filler. I want to educate people that there's a difference between filler and surgery. From my debut show till now, I have only done one thing which is to my lips that too just now. Apart from that, I have groomed myself. But there's been no surgery."

Well, what do you think, Is Sara looking better than before or it is vice versa?

Celebrities in this Article: Sara Khan

OMG - Did Sridevi Really Get a Lip Job?

Tricks and Tips For Lovely Lips

Sara Ali Khan shares photo of her new home and we're so excited for her!

Sanjay Back To Home For 30 Days

SRK Discharged From Lilavati Hospital After The Shoulder Surgery

Make Your Own Lip Balm