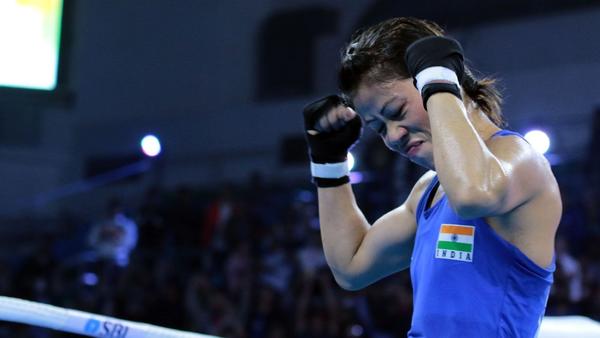 According to the restructured rankings put out by AIBA, Mary Kom is placed on top of the charts in the weight division with 1700 points.

Mary Kom's unparalleled sixth world title victory has put her on the popular number one position in the International Boxing Association's (AIBA). Mary Kom's year started with a gold (India Open) and ended with gold (the world championships).

The feisty woman from Manipur won a silver in the inaugural edition in 2001 and then went on to win a gold each in the next five editions - 2002, 2005, 2006, 2008 and 2010. The mother-of-three enjoyed a cosmological 2018, by picking up gold medals at the Commonwealth Games and a tournament in Poland. She also won a silver at the prestigious Strandja Memorial in Bulgaria.

Mary Kom remains the only Indian female boxer to have won an Olympic medal, a bronze at the 2012 London Games, and also the only one with a Commonwealth Games gold, won in Gold Coast last year.

Celebrities in this Article: Mary Kom

Do You Know Who is Saikhom Mirabai Chanu?

3 Reasons Why You Must Watch Mary Kom

Who Wants A Gold Coin With Tendulkar on It?