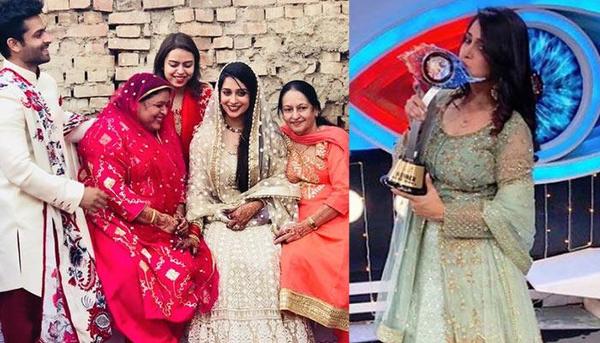 We all know that Dipika Kakar won Bigg Boss season 12 and earned a whooping amount of 30 Lakh as the prize money.

Dipika has won 30 Lakhs as the winning amount and do you know what she would do with the prize money? Well, the adorable and sensitive on-screen bahu is the same in real life as well. Dipika shares a very warm connection with her mom-in-law and Shoaib’s mother. When she was questioned as to what she would do with the winning amount, Dipika shared that she will buy her mother-in-law a house and she is going to start hunting for the same. Here’s what the actress said, “I am going to buy a house for my Ammi (Shoaib's mother). House-hunting is the first thing on my agenda”.

Dipika Kakar gives prize money to Shoaib Ibrahim's Mother. Post her win, the Sasural Simar Ka actress joined numerous interviews and dripped the beans about her game plan. Isn’t that so sweet of her? What do you think?

Guess Which Telly Couple is Tying the Knot This February?

Gul Makai: Nobel Prize winner Malala Yousafzai's biopic is all set to release on THIS date; Deets Inside

Abhishek Bachchan Turns Cyclist at an Event in Nashik