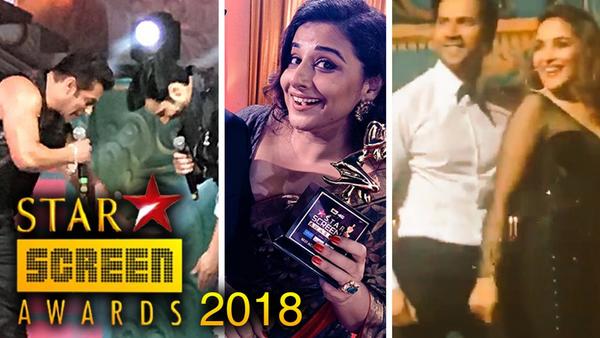 After celebrity nuptials and greetings, it is time for award functions. The Star Screen Awards 2018, which was held in Mumbai on Sunday, saw a host of Bollywood A-listers in attendance.

Congratulations to all the winners!

Team Stree back together

This incident on the sets of 'Stree' revealed that Rajkummar Rao fears bats!

How to Make the Best Dahi Bhallas!