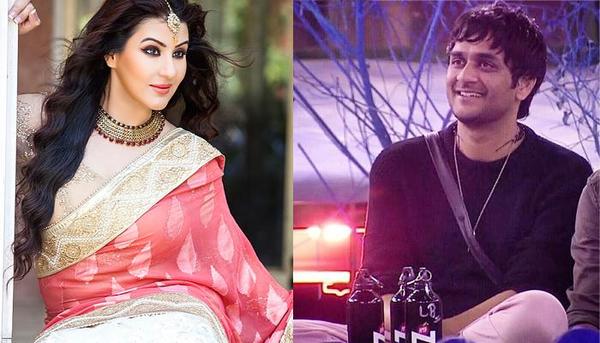 We are well aware of the feud that exists between Vikas Gupta and Shilpa Shinde. Talking about Vikas and Shilpa's unpredictable equation, Shilpa still has resentments for Vikas.

Shilpa hasn't stirred on and is not ready to let go of her past. Yes, you read that right. Talking about it, Vikas in a statement to a media house, said, "I am really upset with Shilpa Shinde as I recently realized that Shilpa still has hard feelings for me."

Vikas went on to add more to his story. He told the media house that, "When we were to enter the Bigg Boss 12 house, Shilpa and I had a lengthy conversation. I had also told Shilpa, 'this is not our season and let's not steal the limelight from them. Let's just go and play our game and give our best. Let's excite and entertain them and move on.' But I was quite surprised to see Shilpa still having the same complaints that she had on season 11."

He further added, "Despite Salman sir and team giving her the clarification that it has never been my fault for what happened with but it was only her assumptions, she still blames me. Unfortunately, she only wants to believe what she thinks is right. So when we left the BB 12 house after spending two days inside the house, I messaged Shilpa one last time telling her that I am really upset with her and she needs to move on and let bygones be bygones."

Well, it seems like Vikas has a problem with Shilpa being not cordial with him. What do you think?

Why Does Benafsha Want to Apologize to Shilpa Shinde?

Shilpa Shetty: I want to do comedy films