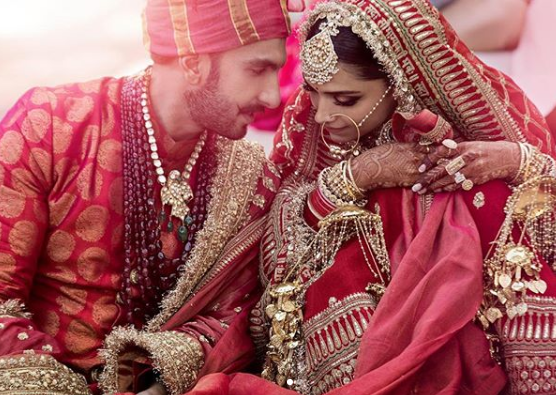 As we waited with bated breath, the most eligible woman in Bollywood married the most eligible man - Deepika and Ranveer got married in a very private ceremony in Italy. They first tied the knot in Konkani style, then they had another wedding ceremony - Sikh style.

According to a Sikh organisation based in Italy, the Anad Karaj was not performed correctly. The objection is that the Sikh Guru - Guru Granth Sahib should not be removed from Gurudwara and taken to a different venue. Even though a Hazoori Raagi from the Golden Temple in Amritsar was flown to Italy to preside over the ceremony, this error has been pointed out. In fact, a complaint will be lodged with the Akal Takht and will be investigated into!

Is it the celebrity status of this couple that got them into this controversy?

A Look into the 'Deepika-Ranveer Wedding' Location

"Hichki" wins the Gryphon Award for the Best Film in Italy

Is this why Ranveer Singh missed out on meeting mentor Aditya Chopra before leaving for Italy?

Here’s all that happened at DeepVeer’s Anand Karaj wedding

Ranveer Singh and Deepika Padukone's wedding in Vakola, not Italy?

IPL 6 Kicks Off With A Grand Ceremony in Kolkata

Pranab Mukherjee Sworn In As the 13th President of India