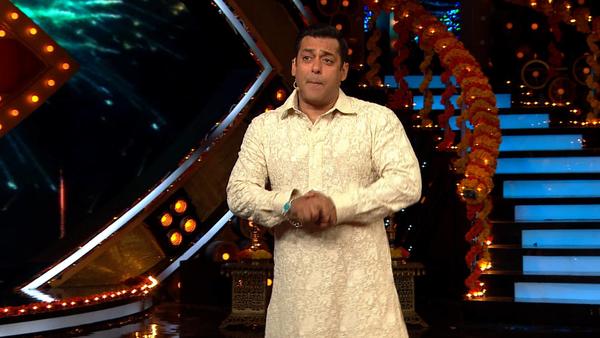 Big Boss season 12 has been one of the most controversial shows in Indian television. This Weekend Ka Vaar on the show has been really interesting and interactive because there has been a lot of celebrity guests coming inside the house to greet the contestants and boosting their morale.

During the beginning of this week, we saw Shilpa Shinde and Vikas Gupta making an entry inside the BB house and also stayed there for a day and re-lived their experience once again inside the house. They even performed tasks with the inmates and made them understand the format and their individual perspectives. After that, we saw Sana Khan entering the Bigg Boss house during a Diwali task where she was venting a clothing shop and was gifting clothes to the house contestants.

If this much entertainment was not enough, the contestants got to meet Hina Khan and also saw a dancing performance by Sapna Choudhary that bamboozled the entire episode and also entertained the contestants.

On Saturday, we once again saw Bharti and Aditya Narayan with Salman Khan. They both entertained the audiences and the contestants on the show with Salman. In the meantime, Aditya also sang some songs and dedicated them to the contestants inside the house. We are hoping to see more fun in today’s episode and also looking forward to knowing who is getting evicted today. Are you excited too?

Will Vishal Show His Game Now That Madhurima Is Gone From BB House?

TV Actor Rithvik Dhanjani Won I Can Do That Season 1

Katrina Kaif Spotted With The Winners Of The "Meet Katrina" Contest

A Ghazal Event Over The Weekend Saw Stalwarts of Music Industry

Contestants at the Launch of Jhalak Dikhhla Jaa Season 5