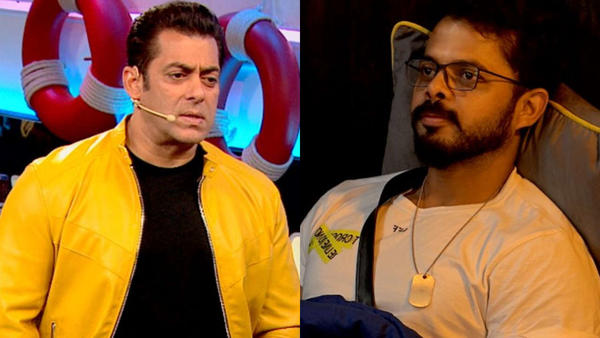 Recent episode of Bigg Boss has shown some real drama and scolding sessions. Saturday’s episode of Weekend ka Vaar was one of the best in this season. In the recent Weekend ka Vaar, we can see Salman scolding Sreesanth for his bad behavior with other contestants in the BB house.

In the episode, we can see a special Khalnayak chair was installed in the living area and the contestants were asked to nominate one person who they think has broken the most number of house rules and not performed well. Salman makes Sreesanth sit on it and then rebukes him for unjust behavior in the house.

In the entire episode, Salman made his point clear to explain Sreesanth that he is going wrong inside the house and gave him a clear warning to stop his attitude and anger against other housemates.

Well, after getting scolded by Salman, we are looking forward to seeing what Sreesanth would come up with as a new strategy as the present plans are all going against him week after week.

Being a celebrity and a famous ex-cricketer of the nation, Sreesanth should pacify his anger with a positive attitude and play a good game inside the BB house to entertain the audience watching him on their television. What do you think, will Sreesanth change his attitude and come up with a new strategy or repeat his mistakes again and again?

10 years of Slumdog Millionaire win: Anil Kapoor got scolding from wife, here's why