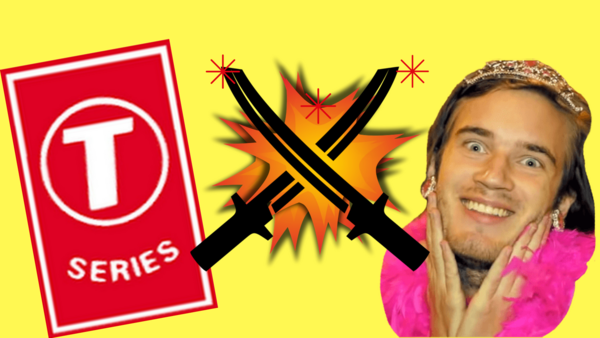 The T-Series YouTube channel labels itself as India's largest music label and movie studio, which "believes in bringing world close together through its music. With the popularity and YouTube fame, T-Series will soon be the most subscribed Youtube channel in the world.

For closely half a decade, Swedish YouTube personality Felix 'PewDiePie' Kjellberg has cawed of more than 65 million subscribers that made him the biggest Youtuber in the world, but all that is going to fade into limbo.

T-Series, being an Indian music record label and film fabrication company, founded by Gulshan Kumar in the 1980s, is crawling closer to claiming the #1 position on YouTube and this development has got the entire Internet talking.

According to YouTube tracker -- Social blade-- gamer and comedian Pewdiepie's channel is growing at a rate of 30,000+ subscribers per day, while T-Series is raking up 1,43,000 subscribers each day. With 65million subscribers backing him, it is being predicted that T-Series with 60million subscribers is going to overhaul the Swedish YouTuber in a matter of months if not more.

We hope to see T- Series as the most subscribed Youtube channel in the world.

Sadak 2 Trailer Is Now the 3rd Most Disliked Video in the World!

End of Story for #PewDiePie?

The Best Web Series in India That You Must Watch

Do You See a Bollywood Career in the Future of Dhinchak Pooja?

Daisy Shah: My aim for YouTube channel is to introduce everyone to the real me

Zareen Khan debuts into the YouTube space with her own channel

Nora Fatehi exclusively signed by T-Series, says she is 'dedicated to making a mark in Bollywood'

Megha Akash to romance with Sooraj in Satellite Shankar

Shraddha Kapoor: Feel lucky to be a part of Saina Nehwal biopic