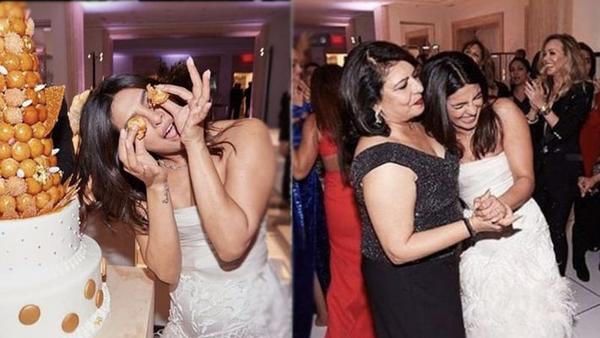 #MeToo Movement has thrown a lot of lights to the movie tycoons. The recent addition to the social media movement is Amitabh Bachchan.

When Amitabh Bachchan was questioned about Tanushree Dutta's claims of sexual delinquency against Nana Patekar, he dodged giving an answer and said, "Na toh mera naam Tanushree Dutta hai aur na hi Nana Patekar." Amitabh faced a lot of flak for his noncommittal response, and after the #MeToo movement gained thrust, he broke his silence on the issue.

"No woman should ever be subjected to any kind of misbehavior, or disorderly conduct, especially at her workplace. Such acts should immediately be brought to the notice of concerned authorities, and corrective measures be taken, either through filing complaints or a recourse to law," he said, in an interview led on the eve of his 76th birthday.

Celebrity hairstylist and former Bigg Boss contestant Sapna Bhavnani has smashed him for his retort, which she called "the biggest lie ever". She took to Twitter to write, "Sir the film Pink has released and gone and your image of being an activist will soon too. Your truth will come out very soon. Hope you are biting your hands because nails will not be enough.

In another tweet, Sapna wrote, "Have personally heard so many stories of Bachchan’s sexual misconduct and I hope those women come out. His hypocrisy is so tired."

Well, it seems like Sapna is encouraging folks to speak against Mr. Bachchan. Don’t you think so?

Malaika Arora Calls #MeToo "Just Noise and Nothing Else!"

Teji Bachchan: The Last Of The Stalwarts

'We have to accept that people do mistreat women in most fields,' says Shah Rukh Khan on MeToo Movement

We have to keep conversation alive, says Kareena Kapoor Khan on #MeToo movement

I don’t see too much of a change, Malaika Arora on India’s #MeToo Movement

AR Rahman On #MeToo: Some of the names have shocked me

Amitabh Bachchan: No woman should be subjected to any kind of misbehaviour