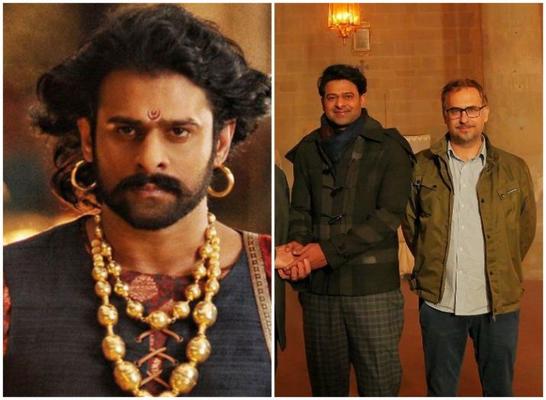 The new look of Prabhas is taking over the internet like a storm. The Baahubali star has gone all clean shaved for his upcoming movie and we cannot stop to adore the difference in his looks.

Prabhas befitted as a household name after his films Baahubali and Baahubali 2 did delightful business at the box office. Now, the South sensation is winning the internet again and, this time for his new clean-shaven avatar.

It is in media reports that Prabhas’s new look is for his imminent film, which is a romantic saga being directed by Radha Krishna Kumar. The report further added that the film is yet to get a title but reports have revealed that the movie will star Pooja Hegde opposite Prabhas and is being shot in Italy. Incidentally, Prabhas will have a clean-shaven look in the film and probably that same look is going viral. Fans seem to be loving their favorite on-screen warrior’s new avatar to the fullest.

Prabhas took to social media and shared his thoughts on his new look by stating, "Hey guys, I am very excited to share with you the launch of my next trilingual film, directed by KK Radha Krishna and produced by Gopi Krishna movies in association with UV creations. The shoot for the same with Pooja Hegde will begin very soon.”

Prabhas will next be seen in Saaho, which also stars Shraddha Kapoor.

Prabhas: 'At least in this lifetime, I will be called Baahubali, & I don’t mind it’

Keep Your Home Tidy and Neat With These Habits

Top 5 Looks of The Year Gone By...
LATEST EVENTS / GALLERIES
Most Read
...loading