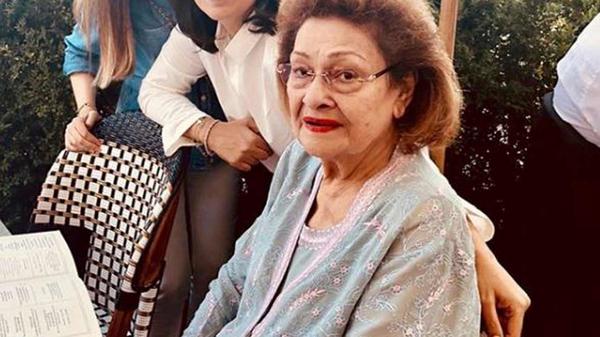 Krishna Raj Kapoor is no longer with us and we really miss her. The Kapoor residence in Mumbai had a fixed brook of visitors coming to pay their last respects to Krishna Raj Kapoor, legendary actor Raj Kapoor’s wife, on Tuesday.

Krishna Raj Kapoor passed away on Monday after suffering a cardiac arrest, she was 87. “My mother passed away at about 5 am today due to cardiac arrest... Old age was another factor. We are deeply saddened by her demise,” her eldest son Randhir Kapoor had told a leading media house. Amitabh Bachchan also wrote about her on his blog, “Krishna Raj Kapoor .. the matriarch of the family .. the epitome of grace and dignity .. gentle and loving to all .. caring .. faultless in etiquette and family protocol .. she kept this vast family of celebrated individuals together as one bond.”

Most of the Bollywood fraternity was present in the funeral. Among those who were seen at her funeral were Amitabh Bachchan, Abhishek Bachchan, Aishwarya Rai Bachchan, Anil Kapoor, Aamir Khan, Arjun Kapoor, Alia Bhatt, Karan Johar, Ayan Mukerji, Sharmila Tagore, Salma Khan and Rani Mukerji.

Rishi Kapoor, Neetu Kapoor and son Ranbir Kapoor couldn’t attend the funeral. Taking to Instagram, Neetu had written about her late mother-in-law, “She was such a huge influence in my life, admired her elegance Wit Generosity Warmth !!! She will always stay in my heart #noonelikeher#besthumanbieng #lovedher#bestfriend.”

What Makes the Bold Krishna Shroff an Internet Sensation?

Saif,Raj And Krishna On The Front Row With Anupama Chopra

Priyanka Chopra at Funeral Of Her Spot Boy Jiban Batra