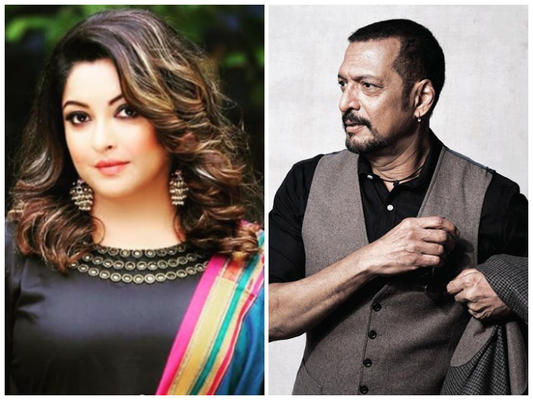 Recently for a long time, there has been no new news of sexual harassment in the Hindi movie industry, however, the recent news that is heating the internet is about Tanushree Dutta accusing Nana Patekar of harassing her sexually.

After opening up about an uncomfortable incident wherein a co-star misbehaved with her on the sets Horn OK Please, actor Tanushree Dutta has named Nana Patekar as the asserted harasser.

It was in 2008 that Tanushree Dutta, as she said, alleged that Nana Patekar sexually harassed her. But her voice was restricted. After almost a decade, she is speaking up again, and this time she isn’t afraid of even taking names. Tanushree Dutta had made breakers in the world of entertainment yesterday when she amenably talked about her private sexual harassment experience in Bollywood. She accused Nana Patekar of sexually harassing her on the sets of film Horn Ok Please, in which she was to feature in an item song.

Tanushree said she sought to file a complaint but before she could do that, Nana Patekar had counter FIR ready. “We went to the police and told them everything. But even before we got to the police station, a counter FIR was already filed from their side. I don't know if they went through any hassle for our complaint but because of their FIR, my father, spot boy and hairdresser were harassed for years,” she was quoted as saying to a leading media houses.

We are yet to hear from Nana Patekar about the claims Tanushree made.

Tanushree Dutta: Ganesh Acharya is responsible for spoiling my career and life

Ishita Dutta on sister Tanushree Dutta: “She has silently been my backbone”

Parineeti Chopra: If women in industry don't speak up on now, they'll be suppressed