Manmarziyaan Controversy - Is It Really Required? 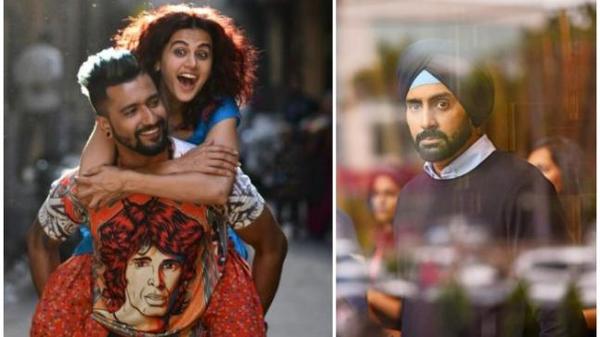 What are these 3 scenes? Two of the scenes show Abhishek Bachchan (who is a short haired Sikh in the film) take off his turban and smoke a cigarette. The third scenes shows Tapsee Pannu in Gurudwara as she is about to be married, thinking of her boyfriend Vicky Kaushal. The Sikh group feels that these scenes can influence youth and make them do bad things!!!

Not surprisingly, Anurag Kashyap tweeted his displeasure - the CBFC notice along with a message. It said, "Congratulations. Here by all problems of Punjab are solved and Sikh youth have been saved. Happy to be back in La La land again. Next time you are threatened by a film please call Kishore Lulla directly on +91 **********. Eros knows how to solve matters in minutes."

This tweet does make one wonder. Why do we Indians react and protest so much? Can a cigarette scene in one film influence youngsters, while the same youngsters are immune to other films? Really???

Zero: Big relief for the makers as the Shah Rukh Khan starrer dodges a controversy!

Ever Seen Fire in Water?