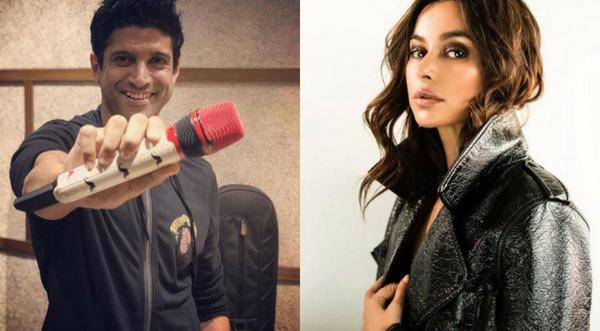 The latest news that is heating the internet is all about Farhan Akhtar and his lady love Shibani Dandekar. Farhan and Shibani found a spot on the trends list last month after numerous unsubstantiated reports suggested that they were dating. There was a recent Instagram picture shared by Shibani which actually heated the conversation of their linkups. Shibani Dandekar’s latest Instagram photo has made media houses into gossip sectors, with many fans appealing that the man walking hand-in-hand with the VJ and TV host is none other than filmmaker-actor-singer Farhan Akhtar.

In the photo, while Shibani is posing for the camera, we can only see the back of the man escorting The Stage host. Shibani shared a photo on her Instagram account and wrote, “photo cred @anuragrao.”

Farhan Akhtar had also wished Shibani Dandekar on her birthday with a number of kiss emojis, which added fuel to the fire. Another photo of the two from the streets of London also garbed attention. Farhan has previously been linked to Shraddha Kapoor and Aditi Rao Hydari.

Shibani and Farhan met on the sets of a TV show I Can Do That, which was hosted by the actor.

Diwali 2019: Farhan Akhtar and Shibani Dandekar bring in the festival together with his family

In Pics: Shibani Dandekar sweat it out to match up beau Farhan Akhtar's boxing skills

Farhan Akhtar to host concerts & perform in colleges across the nation