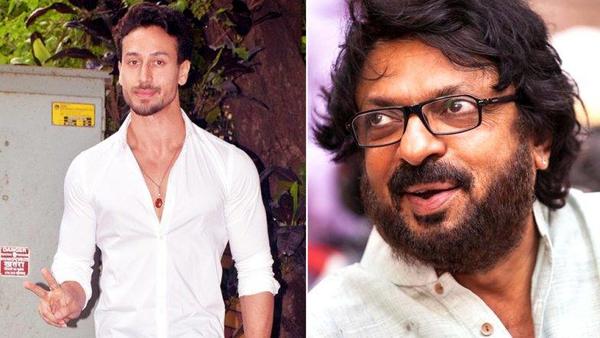 The latest news that is buzzing in media houses lately is about Tiger Shroff bagging Sanjay Leela Bhansali's next big project. Tiger Shroff is unquestionably the flavor of the season after the super success of the Baaghi sequel. According to media houses, Sanjay Leela Bhansali is keen to rope in Jackie Shroff’s son for his next directorial. And according to a source close to the development, what makes this teamwork even more exciting is that it is reportedly based on an upcoming Amish Tripathi book.

According to a close source of the director, “Contrary to speculation, the book in question is not The Immortals of Meluha but along similar lines. It is yet to be released and could hit the bookstores around the same time as the film’s arrival if everything falls into place. SLB and Tiger have had several meetings on the subject and both are keen to join hands with Amish on what will undoubtedly be one of the most-talked-about projects in recent times. Tiger is yet to give the nod given his packed schedule, but is trying to work out the dates as he doesn’t want to lose out on the opportunity of working with one of his favorite directors.”

The source further added that the upcoming book is a mix of a venture, fantasy, and mythology, right up Sanjay Leela Bhansali's confederate, given his success with epic divertissements like Ram Leela, Bajirao Mastani and Padmaavat. We are keen to see Tiger in SLB’s next big budget film.

Guess Who is Bhansali's Choice to Play Amrita Pritam in Sahir Ludhianvi Biopic?

Top Actors Refused Padmavati - the Reason Will Shock You!

Will Kriti Sanon star in Sanjay Leela Bhansali's next production?

Filmmaker Sanjay Leela Bhansali to launch Sharmin Segal in his next

Salman Khan And Sanjay Leela Bhansali are reuniting for a film?

Will Shraddha Kapoor work with Sanjay Leela Bhansali in his next?

Find out! Deepika and Ranveer in Sanjay Leela Bhansali's Next Film?

Latest Photos On The Sets Of Ram Leela