Love Sonia: Harrowing Tale That Will Leave You Shocked and Speechless 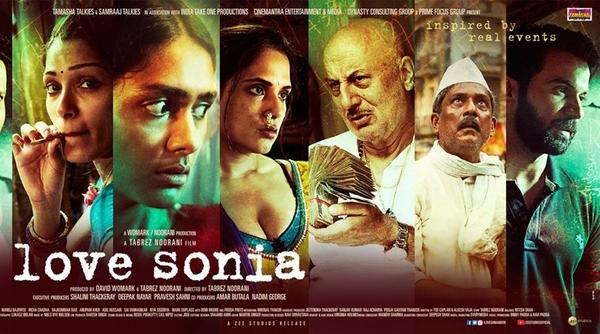 The trailer of Love Sonia, an upsetting tale of a 17-year-old girl Sonia who is out to rescue her sister from the clutches of sex traffickers, is out. The two-minute long trailer takes you over the brawl of Sonia played by Mrunal Thakur.

The official trailer of Love Sonia is a movie of the dark reality of human trafficking. Been “inspired by real events”, it is sure to leave you silent and shocked. The film was premiered at the London Indian Film Festival in June and named the Best Indie film at the Indian Film Festival of Melbourne. It features newcomer Mrunal Thakur as the title character along with Riya Sisodiya, Freida Pinto, Richa Chadha, Manoj Bajpayee, Anupam Kher, Adil Hussain, Rajkummar Rao, and Sai Tamhankar in other roles. It also stars American actor Mark Duplass and Golden Globe Award-nominated actress Demi Moore.

Love Sonia tells the earnest and brave story of Sonia, played by Mrunal Thakur, a young village girl, whose life expectancy irretrievably changes when she is immersed in the dark world of prostitution and human trafficking. The movie is scheduled to release on Sep 14. Save the date!

Remember Freida Pinto? Guess Who She is Engaged to!

Mrunal Thakur: I was comfortable shooting with Vikas Bahl, he gave justice to my character, on-screen and off-screen

Love Sonia to release on september 14