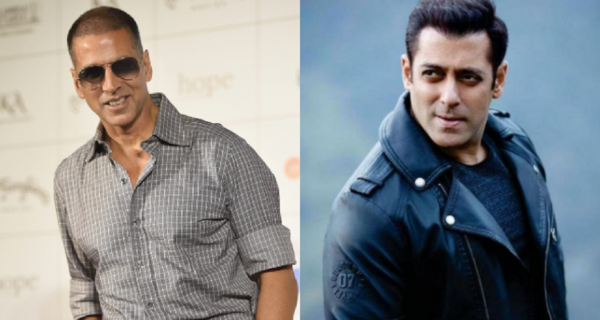 Akshay Kumar and Salman Khan have made it to the top 10 of the annual Forbes’ list of the world’s best-paid male actors of 2018. The Singh is King actor ranks at number seven with earnings of 40.5 million dollars, while Salman, by earning 38.5 million dollars and has scored the ninth position. The list is surpassed by Hollywood star George Clooney who has earned an estimated 239 million dollars between June 2017 and June 2018, marking the highest earnings of his 35-year long career in film and television, Forbes said.

Forbes describes Salman as, “This Bollywood mainstay continues to produce and star in hits such as Tiger Zinda Hai, cashing in on backend profits. Coupled with a slew of endorsements from Suzuki motorcycles to Chlormint gum, he remains one of India’s top earners.” For Akshay, the magazine writes, “One of Bollywood’s leading men has transitioned to socially-conscious roles, such as Toilet, a comedy supporting government campaigns to improve sanitation, and Padman, about a guy hoping to provide inexpensive sanitary pads to rural communities. He still mints millions from backend profits and endorsing some 20 brands, including Tata and Eveready.”

We are really happy and proud that Akshay Kumar and Salman Khan got the place in top 10 lists of highest paid actors published by Forbes.

Guess Who is the Highest Paid Actor of All Time?