#HrithikVsTiger Faceoff - Rambo Remake is On! 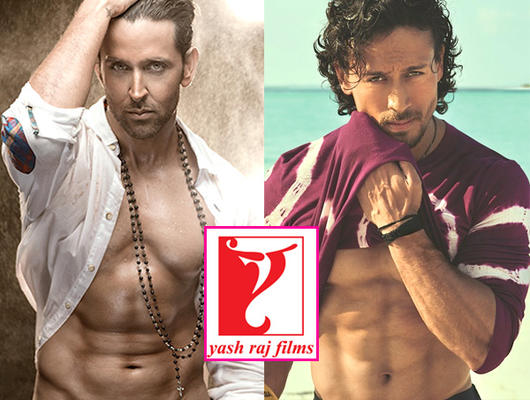 If his Instagram is anything to go by, it looks like filmmaker Siddharth Anand is “dying to shoot” the Hindi remake of Rambo. The filmmaker made his Instagram debut with a photo of Tiger Shroff and Hrithik Roshan with him in the middle and wrote, “Looking ahead. Behind no more! And it begins!! #HrithikvsTiger Dying to shoot, what say?”

Tiger also greeted Siddharth with the same picture and said, "Welcome to Instagram Siddharth. This one's going to be one to remembered guys. Promise!"

Speaking about the role, Tiger had told media houses that, "Being a martial artist and a huge action movie buff since childhood, this all seems very surreal, and I'm very grateful for this opportunity. By no means do I believe I can replace the legendary Sylvester Stallone; however, I do feel that somehow this is something I've been preparing for since childhood."

The Hindi remake of Rambo will also star Vaani Kapoor and is financed by Yash Raj Films. The film is slated to release in January 2019.

Tiger-Hrithik Film Gets a Title, Finally!

It's Official: Hrithik and Tiger are Teaming Up!

How Would You Rate This Desi Rambo?

HRX: Being the Best YOU!

I am definitely planning to meet Sylvester Stallone: Tiger Shroff, who star in Rambo remake

Tiger Shroff: I don't replace Sylvester Stallone, I am just giving him a tribute in Rambo

Tiger Shroff wants to star in the remake of Parinda

Has Hrithik Roshan roped in Hindi remake of Rambo franchise?

Sonakshi And Shahid On The Sets Of Rambo Rajkumar