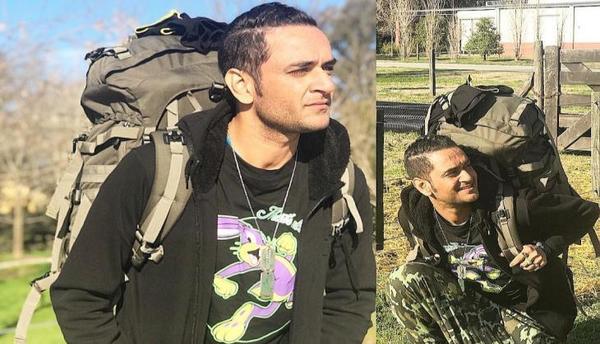 We all know that Vikas Gupta underwent an amazing transformation in the Bigg Boss house last year. He lost oodles of weight - undoubtedly Shilpa Shinde had something to do with it, and he now looks much younger and fitter. You will be very excited to hear that Vikas Gupta will next be seen in Khatron Ke Khiladi. Though we have been hearing about this for some time, the latest news from the show is rather shocking and scary!

During one of the stunt shoots, a python was about to attack comedy actor Bharti Singh, who is also participating in the season 9 of KKK. Vikas Gupta tried to save Bharti from the snake and ended up getting bitten himself. He was immediately given medical attention and has been asked to take some time off the show to recuperate.

Vikas Gupta is not the only one who got injured. Aditya Narayan also injured his eyes during one of the shoots and needed medical care. Shamita Shetty fell sick with Dengue during the shoot. Really, this is Khatron Ke Khiladi!!!