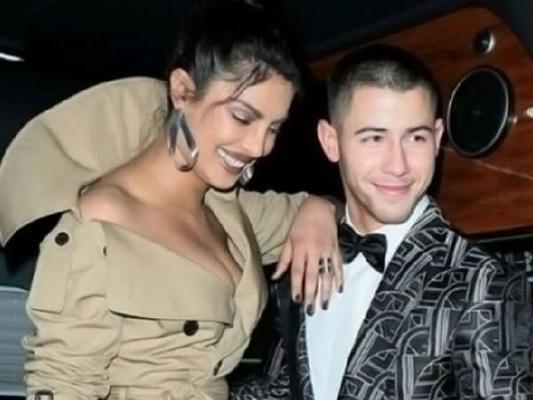 Breaking hearts all over the world, we hear news that Priyanka Chopra and Nick Jonas are engaged!

The couple has been in news ever since they started dating a year ago. But recent meetings with both families and holidaying together has led to a lot of speculation about Priyanka and Nick. It seems that the speculation can now be laid to rest.

You may recall that fans have been very excited with news of Priyanka working with Salman in Bharat. To your disappointment, that won't happen now! Bharat director Ali Abbas Zafar broke this news with a cryptic tweet that seems to have a lot of hidden meaning between the lines. He tweeted, "Yes Priyanka Chopra is no more part of @Bharat_TheFilm & and the reason is very very special , she told us in the Nick of time about her decision and we are very happy for her ... Team Bharat wishes @priyankachopra loads of love & happiness for life."

Can you make out the hidden meaning of this tweet? Looks like desi girl has really fallen for the videshi boy!

Nick gifted a snowmobile to wife Priyanka on Christmas; have a look

Priyanka and Nick Jonas' in Goa, Does all the family get-together indicate a possible engagement soon?

Tribe meets a man from outside world for the first time
LATEST EVENTS / GALLERIES
Most Read
...loading