Why is Alcohol Addiction on the Rise Amongst Indian Youth? 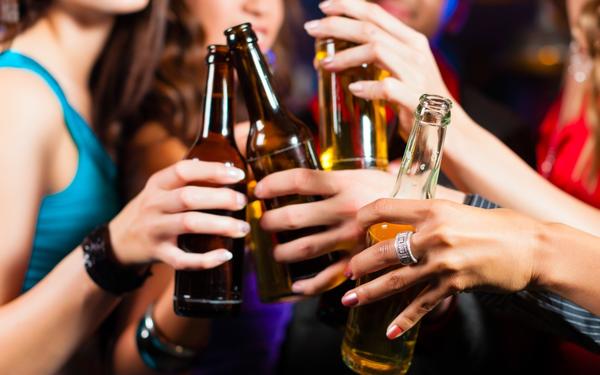 The rise of alcohol addiction amongst Indian youth is a red-hot topic that needs severe attention. India is a massive sub-continent and the drinking habits differ greatly between the different states. It is therefore impossible to describe a single drinking culture for the whole of India. However, alcohol consumption in most of the states in India is prohibited but still, there is no stop to the alcohol consumption amongst youth.

International brewers and distillers of alcoholic beverages are ardent to become popular in India because it theoretically offers the third largest market for their product globally. India has also become one of the largest producers of alcohol – it produces 65% of alcoholic beverages in South-East Asia. Most urban areas have witnessed an explosion in the number of bars and nightclubs that have opened in recent years.

Underage drinking is becoming a problem in India. Different states will have different age limits for alcohol consumption – the age limit in those states where it is legal to drink range from 18 to 27 years old. It is common for people to begin drinking before the legal age limit. Alcohol consumption amongst the youth has majorly increased because of the trend and for the feeling of independence. There are sections of people who started consuming alcohol to showcase their maturity and in a hope to grow from life.

Rising alcohol addiction amongst Indian youth is really an alarming concern which requires stern action. Underage drinking is closely related to teen suicide as it encourages sexual promiscuity. So, it is time that we take this matter into our hands and create a solution for our own kids to start off with.

Are You Addicted to Alcohol?

What is Worse: Sugar or Alcohol?

Pooja Bhatt’s struggle with alcoholism is a true inspiration to all.

Are You Headed For Liver Damage?

Is Wine Good For Your Health?

Is There A Relation Between Drinking & Weight Loss?

A drink named after actress Urvashi Rautela in Goa

Shraddha Kapoor to speak at a summit and inspire the youth

Kabir Singh Trailer: Shahid Kapoor as an alcoholic doctor and a rebel nails the role to perfection

Kat Isn't The Only One Who Can Sell Mango Drinks!