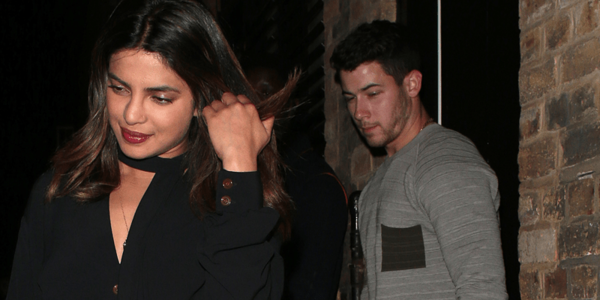 Priyanka Chopra celebrated her birthday with none other than her rumored boyfriend Nick Jonas. Our desi girl had all the birthday fun with her boyfriend in London.

Priyanka Chopra celebrated her 36th birthday which was supposedly proposed by her alleged boyfriend Nick Jonas. Today, we came across a new picture of Priyanka along with Nick on Instagram. The picture has a caption which reads, "With Nick Jonas today". Seems, post her special day, the actress is back to her normal life and was spotted with Nick Jonas early this morning as they start their day. Priyanka, as usual, was seen adorned up like a diva.

The actress was dappled hand-in-hand with Nick Jonas when they left The Chiltern Firehouse in London after an evening together to mark her 36th birthday on Wednesday. Their commemorative dinner comes two days after they relished a double date at 34 Restaurant in Mayfair with 25-year-old Nick’s brother Joe Jonas and his wife-to-be Sophie Turner. Also joining the foursome was Kevin Jonas.

Nick and Priyanka, who stayed in touch after hitting it off last year and posing together at the 2017 Met Gala, have been romantically linked since June. Anyways Once again happy birthday Priyanka.

Priyanka Chopra and Nick Jonas to Have Engagement Party in Mumbai!

Priyanka Chopra rings in a friend's birthday in Jodhpuri style