Bizzare - Why Would Anyone Address Big B as Salman Khan??? 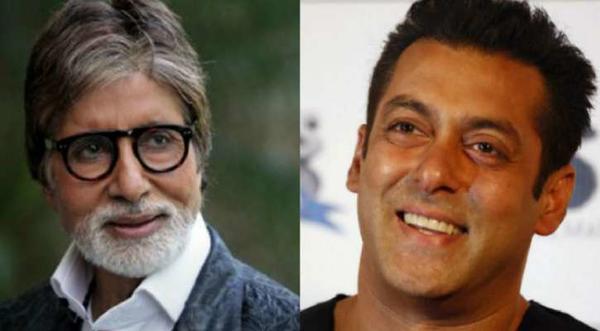 The news that is heating the internet in India is all about people calling Amitabh Bachchan as Salman Khan in Glasgow, Scotland. How can anyone not identify Amitabh Bachchan? Senior Bachchan is not only a huge star in Bollywood but also has a fan following all over the world. Well, seemingly someone mistook his identity in Glasgow, Scotland. The senior actor took to Twitter to share an incident where someone called him Salman Khan on the streets of Glasgow.

Recently, Mr. Bachchan took to Twitter to share a rather funny incident while he was in Glasgow. Though he did not indicate when exactly the incident happened but it sure did blow us up as he took the influence to get his fans to learn about this story from his life.

He tweeted with a picture of himself walking on the streets of Glasgow which read, “I walk the street of Glasgow by myself .. until a car drives by and occupant yells out .. " hey Salman Khan how you doin' .. "

Aishwarya rescued her manager from fire incident and not SRK?

‘Hey Salman Khan how you doing’: When Big B received unusual greeting in Glasgow

On The Sets Of Kick Movie At Glasgow, Scotland

Amitabh Bachchan And Shahrukh Khan On The Sets Of Filmfare