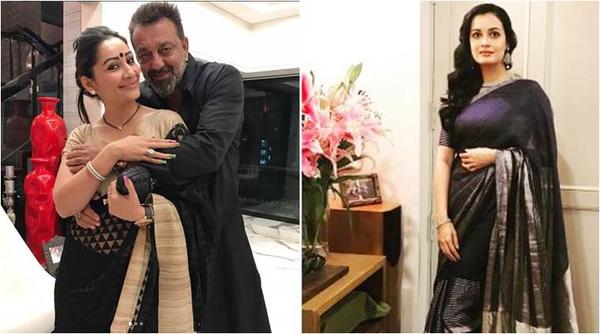 'Sanju' is easily the most eagerly awaited film of 2018. Not only is Raju Hirani an accomplished story teller, this story is also special. Sanjay Dutt's life has been full of ups and downs, making this a great story to tell!

Some time back we shared with you that Manisha Koirala is playing Nargis Dutt in 'Sanju'. But Manisha is not the only one making a comeback with Sanju! Dia Mirza is also marking her comeback to the industry after a gap of 7 years with this film. Dia is playing the character of Sanjay Dutt's wife Manyata Dutt in Sanju.

This is what Dia has to say about being roped in for Sanju, “The kind of cinema that Rajkumar Hirani makes is so beautiful, so poignant, how can you ever say no to him? It has been a privilege. That said, I knew that Raju sir (filmmaker Rajkumar Hirani) and Abhijat (Abhijat Joshi, the scriptwriter) were working on a script based on Sanju’s sir’s life. I was intrigued to discover how the whole thing would turn out. And of course, I had hoped that I would have a part to play in the movie. Naturally, I got very excited when I actually got a call from Raju sir a year-and-a-half ago. I picked up the call and heard his voice saying, ‘Mirze, will you come to the office and hear the script?’ When I finally heard the script, I was stunned by how much I didn’t know (about Sanjay Dutt’s life).”

We just can't wait, can we?

Rajkumar Hirani: Made changes in 'Sanju' script to create empathy for Dutt

Aditi Seiya on playing Sanjay Dutt's Sister in Sanju: Priya said i look exactly like her