Big Win for Women in the Middle East! 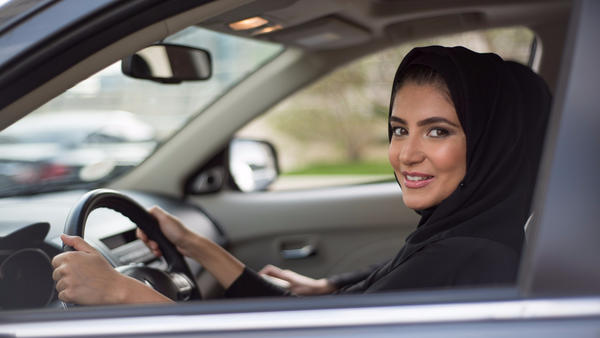 Sunday was a big day for our sisters in Saudi Arabia! The mid Eastern country became the last country to give its women the basic right to drive! You must be well aware that women in Saudi Arabia have not been 'allowed' to drive by the regressive law that made women dependent on male relatives or hired drivers. This has been going on for centuries, but after a long and hard struggle, women have prevailed!

Saudi Arabia changed its regressive law, effective midnight yesterday. There was so much elation amongst the women that a lot of them took to the roads right at midnight! Some even risked a fat fine (as they did not even have a driving license) but went out on the roads to assert their basic human right to drive and be independent! In a sweet gesture, policemen were seen handing out roses (and smiles) to the first time drivers seen happily driving on the roads.

A vast majority of women in Saudi Arabia do not have a driving license. But this is now about to change. It is certainly a big achievement for the women in Middle East!

Are You a Good Driver?

This Man Is Too Sexy For Saudi Arabia!

Father tries to sell Son for $20 Million on Facebook

Woman executed for "witchcraft and sorcery" in Saudi Arab