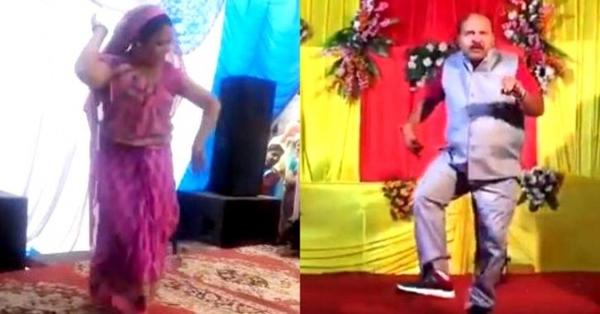 A new dance video by a desi aunty is breaking the internet recently. Her video that was shared on a Facebook page called ‘Viral Gujarat’ has already summative a whopping 2.3 million views.

A video of a woman has been doing rounds on the internet and her dance is winning hearts. The song being played is 'Party All Night' by popular singer Yo Yo Honey Singh. Well, looks like the famed dancing uncle has a competition.  Sanjeev Shrivastava, better known as the uncle who can dance like Govinda set the internet on fire with his viral dancing videos and it is now the turn of the dancing aunty to do the same.

The dancing aunty video got a lot of appreciation from the social media audiences. One user even commented on the video stating, "Rock star dance in saree very hard just one word for you 'AMAZING'". Another one exclaimed, "Superb dance with Indian.

Well, social media is a powerful platform that can make any individual a star or a celeb overnight.

Surfing Without Internet is Now a Reality!!!

Veteran actress Shammi, known as Shammi aunty to industry folks, passed away at the age of 89.