Baadshah & Shahenshah to Work Together Again! 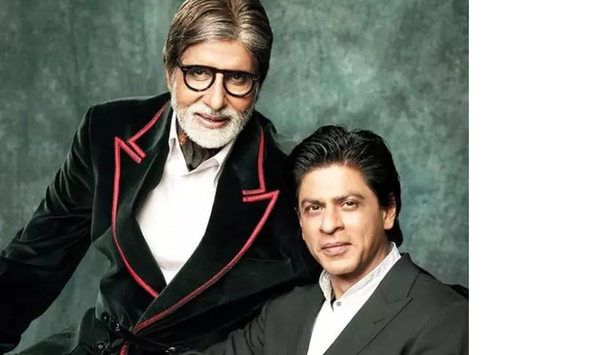 It has been 10 years since we saw the Shahenshah of Bollywood (Amitabh Bachchan) and the Baadshah of Bollywood (Shahrukh Khan) together in a film. Whenever these 2 stalwarts come together, they make great cinema and people love their work. LAst the 2 were seen in Bhoothnath in 2008, in which SRK had a very short role, a guest appearance. Before that, we saw them together in 2006 in Kabhi Alvida Na Kehna. So yes, it has been a long time!

Director Sujoy Ghosh has now roped in both these great actors for his remake of a Spanish crime thriller "An Invisible Guest". The film will be titled "Badla" and will also star Tapasee Pannu. Amitabh ji and Tapasee were last seen together in PINK and share great working rapport. SRK will also be producing Badla. Talking about this coup of sorts, Sujoy said, "When you get an actor like Amitabh Bachchan, half your battle is won as he’s every director’s delight and I’m extremely excited to direct him. Also, I have been trying to work with Taapsee for a while. This is the perfect story to collaborate with her on. My excitement is doubled now that the film is being produced by SRK. I couldn’t have asked for a better team and now it is time for work."

Exciting for all Bollywood fans, right?

SRK & Salman To Be Seen Together?

Ranbir Kapoor-Deepika Padukone to work together

Irrfan Khan, Amit Trivedi, divine get together for Badla song

SRK wants to work with Imtiaz next only in one condition

After 14 years, SLB and SRK team up again

Cutest Teaser of the Year!

Aamir and Shahrukh Shake A Leg With Dharmendra

Aamir Pairs Up With Rajnikanth