All You Wanted to Know About the Bipolar Disorder. 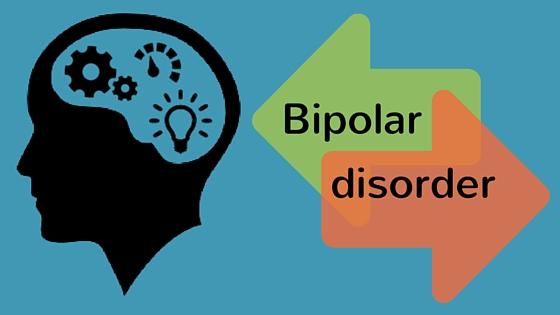 Have you ever heard of Bipolar disorder? Well, it is a medical condition that requires significant attention which people ideally don’t focus much. Bipolar disorder, according to the National Institute of Mental Health (NIMH), is a brain illness categorized by shifts in mood, energy, and activity levels. Typically these mood shifts range from highs (manic or hypomanic episodes) to lows (depressive episodes).

Bipolar is remediable with medications including mood stabilizers, antipsychotics, and antidepressants, as well as psychotherapy, and people with the disorder can undeniably lead gratifying, successful, happy lives. Indications of bipolar disorder are categorized into two types of mood episodes, known as depression and mania. Some people with the ailment only experience mania, while others experience symptoms of both mania and depression.

When symptoms disrupt daily activities, work, and relationships, they are more likely to indicate the disorder is present. There are certain factors such as genetics, hormone and brain chemical imbalances and stressful life that can cause this kind of mental problem.

Below are some reasons why one can experience bipolar disorder:

Genetics: According to some researchers, it is found that at time bipolar disorder can be due to genetic contribution also. Till now the genes that cause this problem has not been identified.

Stress: Too much stress in life can also be the reason behind the bipolar disorder. Stress can lead to radical or unexpected changes in mood which can trigger this kind of problem.

Hormonal imbalance: Whenever there are hormonal disparities in the body, the chances of having the problem of bipolar disorder becomes higher.

Traumatic event: A traumatic event can also be the reason behind the bipolar disorder. Traumatic events can range from the death of a loved one, changing location, losing a job to anything that can cause stress.

So, now you know everything about Bipolar disorder. Make sure you identify the indication.

Did You Know There are Apps to Help You Beat Stress???

Foods that make you happy!

Kajol reveals why she can never be diplomatic

Richa Chadha has apologised for cracking a joke about someone being bipolar, says has realised what mental health means!

Shama Sikander: I died for five years every day thinking that I am going to die

Kajol's current lockdown mood is something we all can relate with!

Rohit Shetty is in no mood to mess with Kangana

Kapil Sharma is in no mood to become a married,grow in my profession

Guest At An Art Show

Drive Away the Lockdown Blues With Yoga

Politics is in the Air!

Was your Holi a Green One?
LATEST EVENTS / GALLERIES
Most Read
...loading